What is forex? When and how did it start? 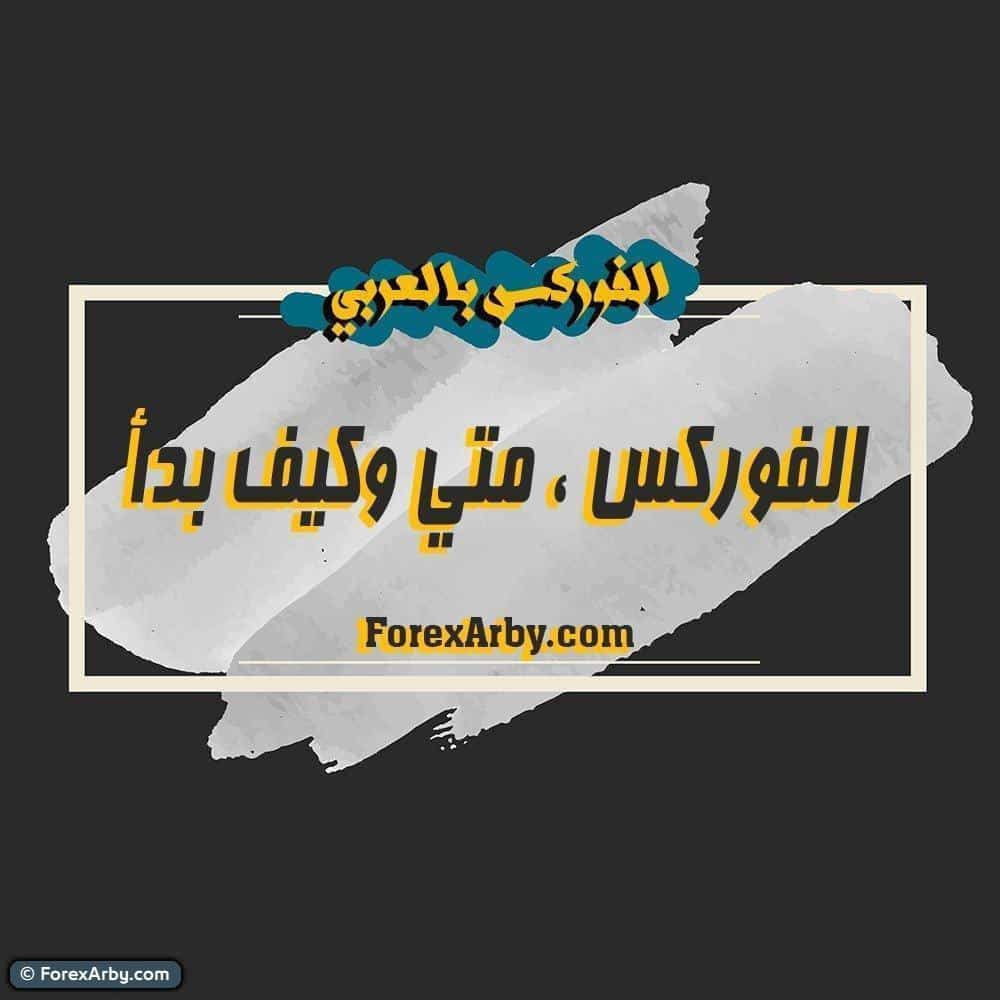 What are the 6 most important trading methods you should know?!

Names for currency pairs and the origin of these names

The forex market is the foreign exchange market, and in English, Forex is an abbreviation Foreign Exchange, and it is considered one of the largest financial markets in the world, with a daily trading volume of more than 5 trillion dollars, which is more than all the stock markets combined.

For example you are going on vacation to Europe. In this case, you will take Egyptian pounds or your local currency And she goes to the exchange store and converts it into euros. By doing this, you made a currency exchange and thus became a participant in the forex market.

There are many actors involved in the forex market. Such as commercial and central banks and multinational companies, and there are traditional retail traders, and individuals who trade daily/weekly, but we will explain the participating parties in detail in another article.

How did forex start? 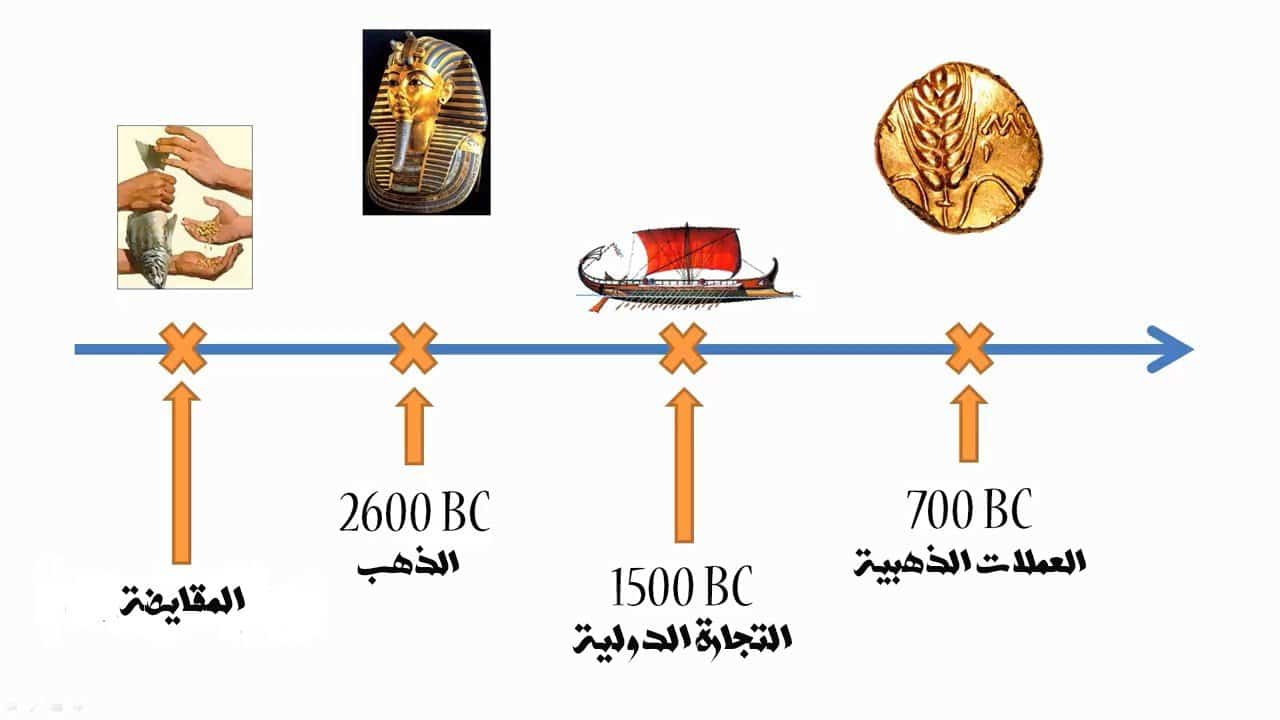 A long time ago there was no money and no currency and people had to exchange goods and this was called barter. When some people hunt, while others grow grain and crops, they exchange some of their goods for the best of both worlds.

About 2600 BC. The Egyptians discovered gold. And people liked gold so much because it was so thick. You felt a lot of weight in your hands and you felt more valued about the other things around you. It was shiny and could be shaped into different shapes, most importantly, it was very rare. It is hard to find. which also increased its value.

And in 1500 BC. Countries began to use gold for international trade. So instead of just exchanging commodities, they would exchange gold for commodities and commodities for gold.

Then to simplify things more around 700 BC. The first gold coins were created before which people had to verify that the gold they received was actually gold. And also they had to weigh the quantity. But by owning gold coins, they could already know the value that those gold coins held which increased the speed of the exchange process. 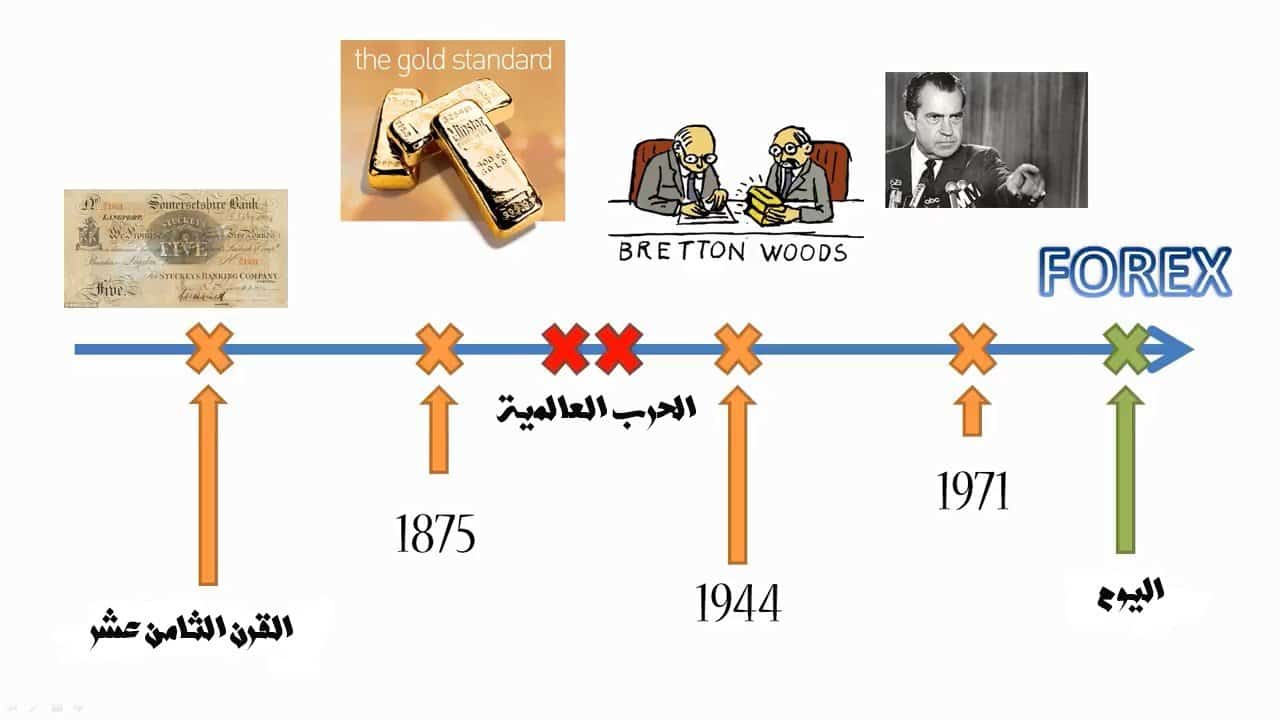 This is a bit of ancient history that now brings us back to the modern era around the 17th century. Paper money started spreading all over Europe and around the 18th century it became so popular that it started causing tensions because some people in countries were still using gold and silver coins while others were actually using paper money and there was no real connection between them.

That's when the gold standard came into effect, the gold standard was agreed upon in 1875. Essentially, this meant that currencies became backed by their countries' gold reserves. That is, the governments guaranteed the conversion of the currency to a specified amount of gold and vice versa.

For example, Country A says that one unit of its currency equals one ounce of gold. Country B says that one unit of its currency is equivalent to four ounces of gold. This basically means that you now know how to convert the currency of country A to the currency of country B which made things much simpler as it defined certain rules about how these transactions take place and the gold standard became the first standardized means of currency exchange in history.

But then it happened in the world. and World War II. During these wars the countries that were fighting against Germany spent a lot of money on their army and were basically printing more and more money which had to be backed by the gold reserves and the gold reserves were rapidly depleted and reached a point where they could not actually guarantee all This money with gold, and therefore the gold standard has lost its meaning.

In order to solve this problem in 1944, the Allies came together to sign the Bretton Woods Agreement and the Bretton Woods Agreement quite simply. It is the gold standard updated version and all it did was replace gold with US dollars and the US dollar became the only currency in the world that had to be backed by gold at a fixed exchange rate of $35 per ounce and all other currencies had a fixed exchange rate to the US dollar.

Outcomes of the Bretton Woods Agreement

First of all fixed exchange rates, all currencies were pegged to the US dollar.

Second, the US dollar became the main reserve currency which meant that it had to be backed by gold.

And third, the establishment of two organizations, the International Monetary Fund, which is a group of funds to which all participating countries contribute on a regular basis. Then if they have problems inside their country, they can take money from that fund. Fix their problems and then return them in addition to paying some interest and also the World Bank which is a financial institution of the United Nations, which means that its main purpose is to reduce poverty all over the world and help developing countries.

As you can expect, the Woods agreement failed over the years after World War II. Gold reserves in the US began to deplete very quickly and in 1971. US President Richard Nixon closed the gold window by telling all other countries that the US would no longer exchange gold for US dollars held in foreign reserves.

This event marked the end of the Woods Agreement and since then the world has been using floating exchange rates between currencies that we now know as the forex market. The two most important points to consider from this timeline are that in the first place it was not always so simple. It took some time for countries to come up with the current forex system that we have. Secondly, there have been several unsuccessful attempts to establish fixed exchange rates between currencies. Like the gold standard and Bretton Woods and all these events because putting limits on currencies and trying to control them is very artificial. We also conclude that the forex market that we have at present is the most natural one that should govern the exchange rates of currencies between each other.

Guide to creating your account at Exness and start trading

What are the 6 most important trading methods you should know?!