Egypt: 3 years in prison for five defendants in the Bitcoin case 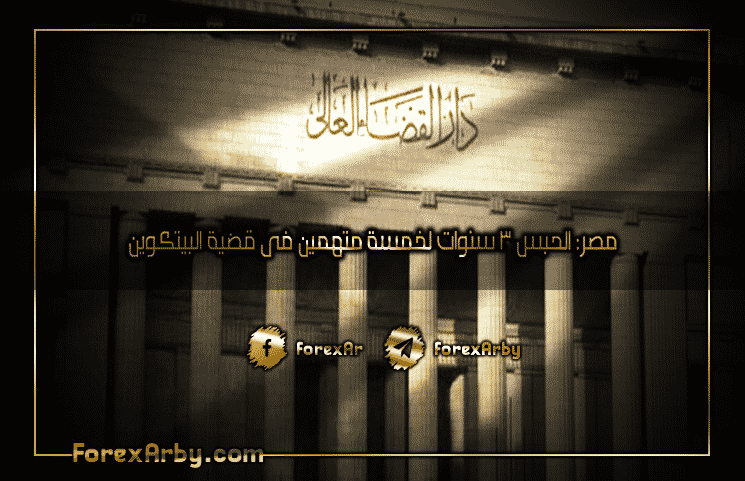 The First Misdemeanour Court of Nasr City, Cairo, Arab Republic of Egypt, sentenced the team of the Mining city website to 3 years imprisonment with hard labor.

He said that those wishing to invest in the activities of cryptocurrency companies in the so-called “forex” must first verify the extent of their financial credit, check on the validity of their licenses, inquire about them with the Financial Supervisory Authority, and disclose the validity of their commercial register.

He added that the Central Bank and Banking System Law No. 194 of 2020 clearly regulates the issue of dealing in “Bitcoin”, as Article 206 of it stipulates the prohibition of issuing, trading, or promoting cryptocurrencies or electronic currencies, creating or operating platforms for trading or carrying out activities related to them without Obtaining a license from the Board of Directors in accordance with the rules and procedures it determines.

And that his clients and others were defrauded by the “Ponzi” method, as a company called “Mining City” created a website through which it claimed to have obtained a license to practice the activity with a license number and a Cypriot commercial registry, and accordingly collected money from the victims on the claim that they had electronic devices It is used to transfer encrypted currencies “Bitcoin” to and from sellers and buyers in exchange for a percentage of each transfer according to the package purchased by the customer as a share in these operations and that the company has a percentage of each transfer as well as the customer and is called “tera hash”, and that the rate of profits is equal to 300 % of the paid-up capital of the victims and they promised them to get the capital and profits after the end of the package, that is, after the end of three years from the date of giving them the money.

He pointed out that the company designed for the victims special accounts on the company's website, through which the profits that each of them will receive, and the company pays profits at the beginning, in order to reassure them and increase the size of the package they subscribe to by giving them additional amounts to promote, and then they make excuses and evade them, Before they collect huge sums of money, estimated at millions of dollars, in preparation for their escape outside the country, before the security services arrest them.

The civil plaintiff concluded by saying that the defendants deceived the youth and used them as marketing agents for them to do a promotion for them in exchange for a sum of dollars that the promoter gets for each new customer who joins and gives them his money.. Thus, they form a network of partner criminals so that the affected people fear filing lawsuits against them. Because they were involved in the crime.