In this topic, we are going to take a look at the White Label broker known as AXIM Trade, which is a broker with a limited number of clients by virtue of being white label yet the broker offers very good trading costs which makes it much harder to be true, the broker has more than 12 ranges But aximtrading.com is the main one.

Obviously the broker was founded about 2 years ago, but the following information can be a bit confusing and it is designed to be, as for the broker licenses they are actually all fake, the broker doesn't officially exist and we will look at all the licenses the broker provided and delete them and the ones available so far And, of course, the use of fake licenses is always evidence of a fraud, which is done in different ways, blocking withdrawals, manipulations, etc.

There is a huge lack of clarity about who owns and operates AximTrade, and where this company may be based. The broker first mentions a company called Axim Trade LLC, which is allegedly based in Saint Vincent and the Grenadines, and registered with the state's Financial Services Authority. Then another company was introduced called this company Thara Heights Owners, which the broker says is based in the British Virgin Islands, and is subject to the oversight of their Financial Services Commission.

Now another company called Huntington Services Limited is supposed to be licensed in New Zealand, and of course claim to own the Australian AFS license via a company called AximTrade Pty Limited, but the reality is quite different.

Without a doubt, all Aximtrade licenses are otherwise fake. The broker does not officially exist and therefore the clients' money flows directly into the broker's or company owner's bank account. Therefore, in most cases, the company cancels the account and profits only upon withdrawal (as indicated in the complaints against the broker). Indeed, these complaints were not documented, but if the broker put all this effort and time to fake some licenses. We don't think so so everyone can trade safely and make a profit.

If we turn to proving the forgery of all the broker's licenses that he has provided since his appearance until now, and to prove this, there are two ways to search for a brokerage company license, through the website of the concerned authority or through direct communication with the concerned agency. We did both ways to discover the following:

It is clear that at some point the broker Axim claimed through its propaganda that it is licensed by the American NFA, because the watchdog specifically added the broker to the list of companies not licensed by the NFA, which is usually the case when targeting US citizens without the appropriate licenses, you can Watch the warning here

The broker added this license not too long ago. In fact, we were very surprised by how the suspicious white-labeled broker and NFA warned him about obtaining such a license, which costs a lot in terms of financial and administrative terms and also takes at least two years, but when communicating with ASIC and looking into everything it makes sense However, AximTrade Pty Limited has not obtained an Australian Forex License known as AFS or Australian Financial Services License which lasts for at least 4 years. You can check this by entering your AFSL no. 001294600 AXIM on the next page Press here

So what is the license registered in the name of AximTrade Pty Limited in ASIC? It is nothing but a private Australian company registration number for one year by filling in Form 102C and the registration cost is $500 and of course there is nothing regarding forex regulation or market making you can learn all about the form used to register from here. The images below show this as attached. The license of ICMARKETS is a real 10 year AFS Australian Forex license.

The SVG Financial Authority has clarified that it has no regulatory oversight of forex brokers. Being registered in any of these jurisdictions means nothing to the forex markets. But here's another surprise. The broker Axim Trade LLC is not registered in the Saint Vincent Islands, although this registration is easy to obtain as an international business, and even the possibility to get it through a third party for $300 is just another thing the broker lied about. The company was searched on the SVG website and it is clear that it does not exist. You can search yourself from here.

This license was for a company called Thara Heights Owners. The broker removed this license from its website, but in all cases, it was not valid for years, and the company was dissolved years ago. 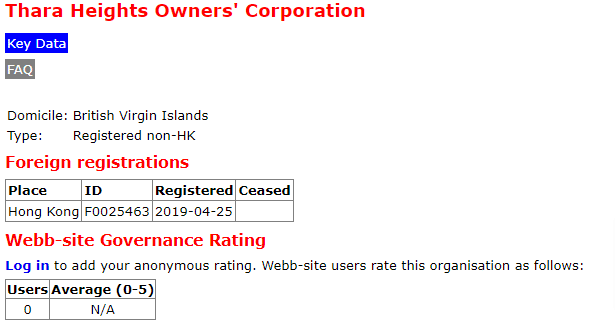 The broker mentions this license on its website so far for a company called Huntington Services Limited, regardless of the company's relationship with the broker, which is non-existent. Also, the license is fake according to the New Zealand Financial Supervisory Authority. You can search by yourself by clicking here If you search for license number FSP6317469, you will not find anything. But if you search by the name Huntington Services Limited, a company will appear with a different license number than the one mentioned by Axim, which is FSP565626, a company founded in 2017 and dissolved in 2021.

As we mentioned, it is illogical to think that a broker goes to this limit in order to fake their forex licenses only to provide successful brokerage services to traders, and we also believe that the broker does not profit from traders in traditional ways. As we mentioned, the absence of the broker officially makes the direction of the traders’ money the most certain thing in this broker directly to the company and its managers.

Before publishing this evaluation, Forex in Arabic was searching for a broker for a potential partnership, but the presence of an Australian license for a broker of this small size, it is clear that he obtained white label services at a cost of no more than 5 thousand dollars and did not complete two years in the industry is impossible, which drew our attention The fraud is too big to be clear, and during the broker’s research, we discovered that all the licenses are fake, and it is not even possible to confirm the presence of the broker officially, despite our direct communication via LinkedIn with the officials in the broker, which is far beyond the brokers we deal with in forex in Arabic, some of them may be bad, some of them are bad Good and the other is excellent, but they are all real licensed companies.

But this type, like Exim, in fact defrauds its clients and agents, even if the agency is for the Calforex website in Arabic, this is just the way they work. Just publishing their real information does not stop them from working, but it greatly affects the size of those who will be defrauded in the future, nevertheless we hope For the broker to announce the source of his profits (since the trading costs are unreasonable) and to remove the fake licenses from his website.