Who is Boris Johnson? Controversial statements about the savior of the Brexit process

by ForexArby.com on the date Jul 24, 2019 12:31 am
0 388
Share
Why exness? Evaluation and explanation of the broker
Index hide
1) Who is Boris Johnson?
2) Controversial statements
3) Brexit file
4) Trump to Boris Johnson 'You'd be a great prime minister' 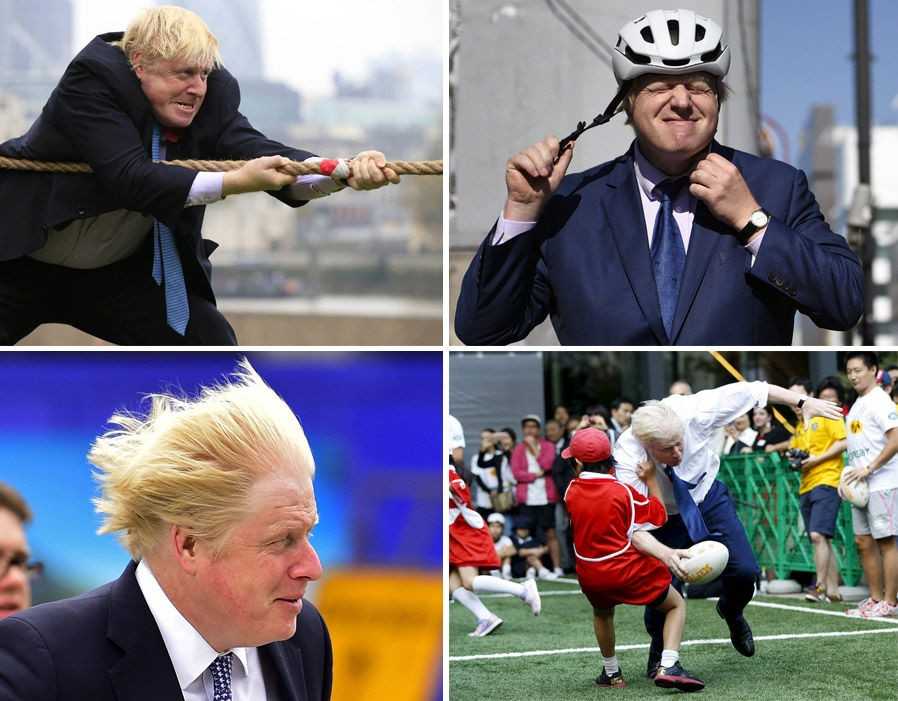 The British Conservative Party announced the victory of Boris Johnson as the leader of the party, becoming the new Prime Minister of the country, and taking over his position from his successor, Theresa May, who announced her resignation from her position; After its repeated failures to reach an agreement that guarantees Britain a safe exit from the European Union, known as “Brexit.”

Yesterday, the Conservative Party held a vote of 160,000 members to choose a party leader from one of the two candidates, Boris Johnson and the current foreign minister, Jeremy Hunt, and Theresa May is scheduled to travel to Buckingham Palace tomorrow, Wednesday, to formally submit her resignation to Queen Elizabeth II, in what will be the new party leader. On his way to meet the Queen, who will be assigned to form a government.

Who is Boris Johnson?

Boris Johnson was born in 1964 in New York, and his parents moved to Britain when he was a young child. He is proud that his father is of Turkish descent, studied at the famous Eton College, and showed a penchant for studying English and classical literature.

He also studied ancient literature at Oxford, and was elected president of the Student Union in 1984. Johnson began his working life as a journalist at the Daily Telegraph, then became its correspondent for the European Union, and deputy director, before becoming director of the Spectator newspaper, in 1991.

His journalistic career earned him fame and gave him a social status. It opened the door for him to political work, and in 2001 he was elected as a Member of Parliament for the Conservative Party.

Johnson married his first wife, Allegra Mustaine Owen, in 1987, and separated from her in 1993, to marry a lawyer, Marina Wheeler, with whom he had three daughters.

Boris Johnson has written many books, including a book on the life of former British Prime Minister Winston Churchill, a book on the history of Rome, and another on the city of London.

Johnson gained great fame and many supporters when he was mayor of London, and after he led the campaign to leave the European Union, observers expected him to take the position of prime minister and lead the Conservative Party, after the resignation of David Cameron.

But, on the other hand, he has gained opponents and opponents who criticize his exciting stances and statements, and see him as unworthy of holding high positions in the state. Former Deputy Prime Minister Nick Clegg described him as “Donald Trump, with a dictionary.”

Johnson was fired from The Times newspaper after being accused of inaccurate reporting, and he was dismissed from the position of Conservative Party spokesman in 2004, for lying about his women's relations, but all these difficulties did not eliminate his political future, as they did with others.

The former Prime Minister, Theresa May, appointed him as Minister of Foreign Affairs in 2016, but he resigned in 2018 in protest against her policy regarding the management of the British exit file from the European Union.

Johnson was a candidate for prime minister after David Cameron in 2016 because he is the most prominent leader in the campaign to leave the European Union, but he withdrew at the last moment, after his colleague, the Minister of Justice, Michael Gove, abandoned him, and nominated himself, but eventually lost.

Johnson has been famous for his excitement and show in his political work since he was elected mayor of the capital of London in 2008, and one of his most important decisions was to ban alcoholic beverages on public transport.

He was also known for his attractive appearance and his bicycle, and he also put forward a huge project to encourage the use of bicycles in London, associated with his name, to encourage about 90,000 people to use the bicycle to go to work and spend their interests.

According to the BBC, he often went to his office by bicycle, even though his bicycle was stolen many times, so the phenomenon of bicycle theft was one of the topics that Johnson paid special attention to during his tenure in London.

The former mayor of London had a major role in the success of the 2012 Olympic Games, which he made sure to be one of the most successful in the history of the Games. 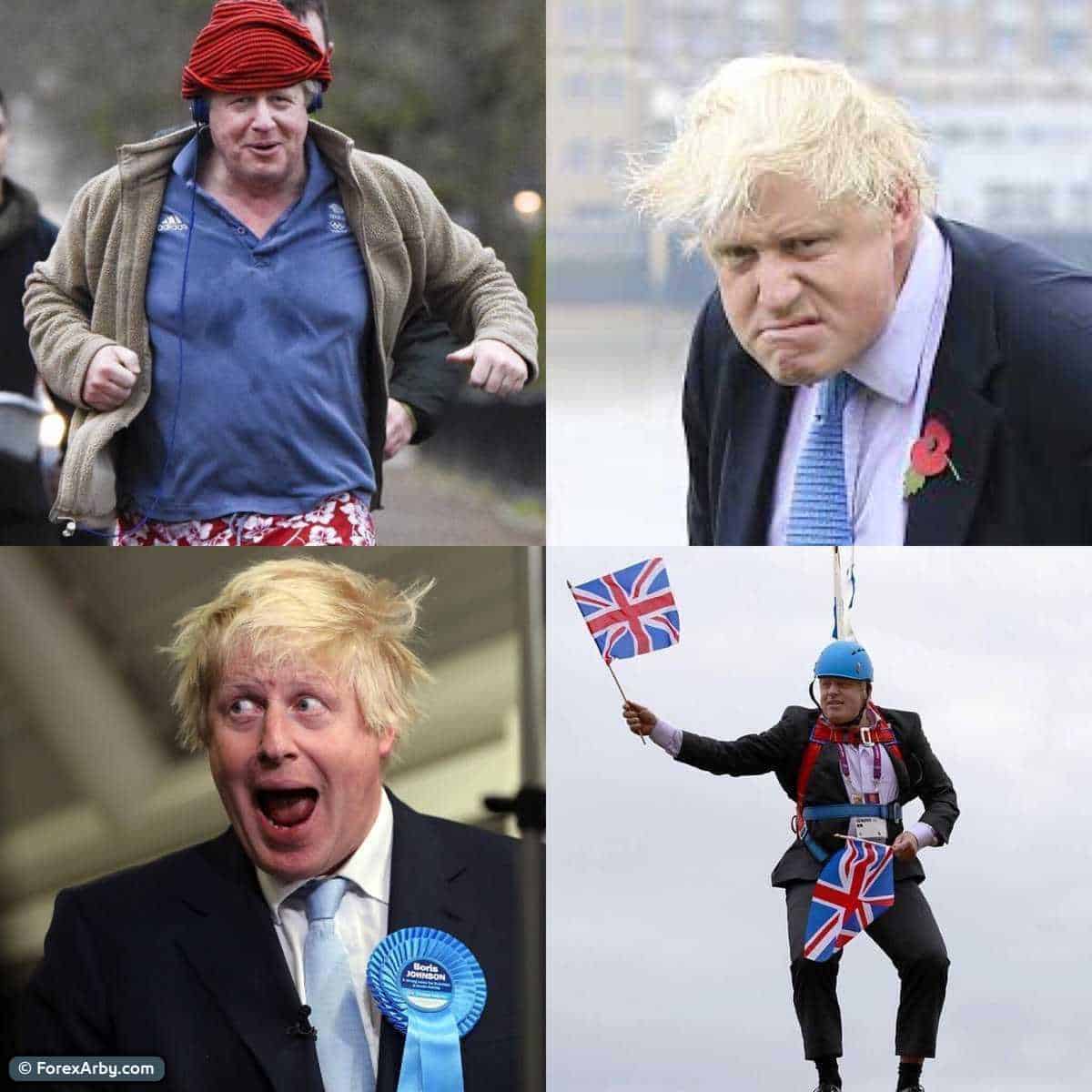 Since entering the political fray, Johnson has known statements that were described as outrageous, the most prominent of which was a statement in which he ridiculed those who call for a boycott of Israel, and likened them to “leftist academics who wear outdated clothes.”

Johnson also likened the goals of the European Union to what was sought by Nazi leader Adolf Hitler to unite all the countries of Europe under one authority.

Johnson, known for his support of Britain's exit from the European Union, said that the Nazi leader and Napoleon Bonaparte had failed to unite Europe, describing the idea of the European Union as "an attempt to repeat it in different ways."

Johnson had described Hillary Clinton, when she ran for the US presidency against Donald Trump, as having a blue-iron look, like a sadistic nurse in a lunatic hospital.

He also said of Obama that his Kenyan grandparents might have hated the British, and he did not apologize for that.

In May 2016, Johnson won the Spectator magazine prize in "Satire Poetry of Recep Tayyip Erdogan" for a five-line poem that included the Turkish president, wild oats and a goat.

In return for all this attack, Johnson turned into a subject of irony, and in 2016, the media and comedian, Shazia Mirza, said in her joke about Brexit that “Brexit, like Boris Johnson’s hair, is chaotic, but it is acceptable in any case outside London.” 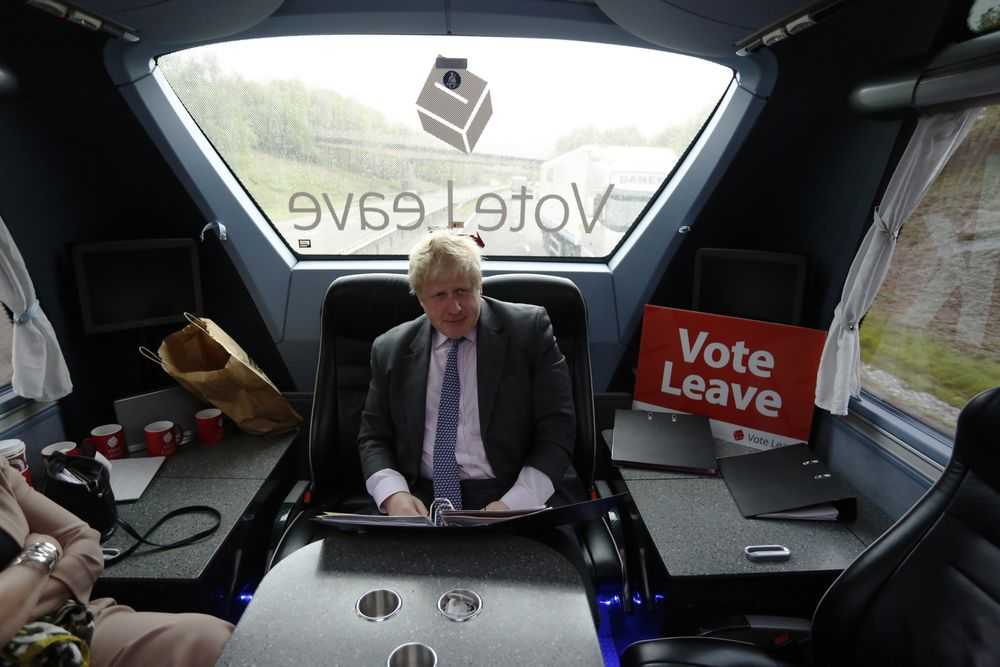 Johnson presented himself in the race as the savior of the Brexit process, which should have been carried out primarily on March 29, but has been postponed to October 31. He reviews his firmness and "optimism", repeating, "Where there is determination, there is a solution."

Speaking about his position on Brexit at a conference in Switzerland, Johnson said: “We will leave the European Union on October 31, whether we agree on a deal or not, and the best way to reach a good deal with the European Union is to prepare for a no-deal exit scenario.”

Johnson compared Brexit and the first landing on the moon, saying, “If in 1969 they succeeded in returning to Earth with a manually prepared information code, we can solve the problem of trade exchange on the Northern Ireland border,” in an article in the British newspaper “The Telegraph.”

Ireland's internal border between its northern part of Britain and the independent republic in the south, a member of the European Union, is the most prominent sticking point in the process of implementing Brexit.

As for Boris Johnson, delaying Brexit again is unquestionable, and he confirms that Brexit will take place on time, even if it is necessary to leave the European Union without an agreement, if Brussels persists in its refusal to open negotiations again. However, the possibility of an exit without an agreement, which the economic circles warned of, does not enjoy unanimity among the conservatives themselves.

On Sunday, Chancellor of the Exchequer Philip Hammond announced to the BBC that he intends to resign if Johnson wins, and it appears that Hammond will lead a parliamentary "rebellion" against him. He also said two days ago that he was ready to make “every effort” to prevent a no-deal exit, while it seemed that he did not rule out participating in the overthrow of the Johnson-led government.

Justice Minister David Gauke also announced his resignation on Sunday. He was joined on Monday morning by European Affairs Minister Alan Duncan, who had previously made no secret of his opposition to Johnson's methods.

Trump to Boris Johnson 'You'd be a great prime minister'

US President Donald Trump has congratulated Boris Johnson on assuming his new position as Prime Minister of the United Kingdom and Chairman of the Conservative Party. 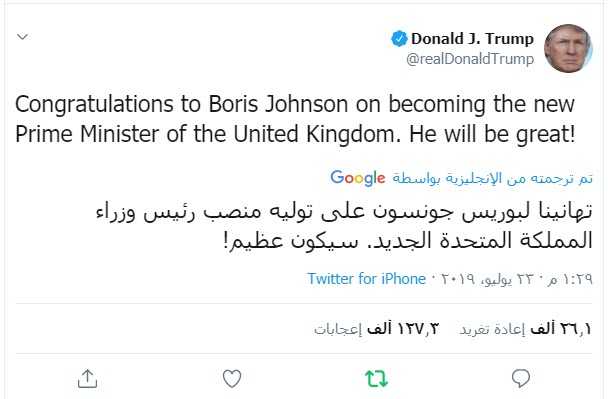 "Congratulations to Boris Johnson on his election as Conservative Party Leader, we now need to work together to get Brexit done, which works for the whole UK, and to keep Jeremy Corbyn," May said on Twitter. The opposition Labor Party) is out of government, you will have my full support.”