Crypto Project DeFi100 “We Fooled You Guys, You Can Do Nothing About It” 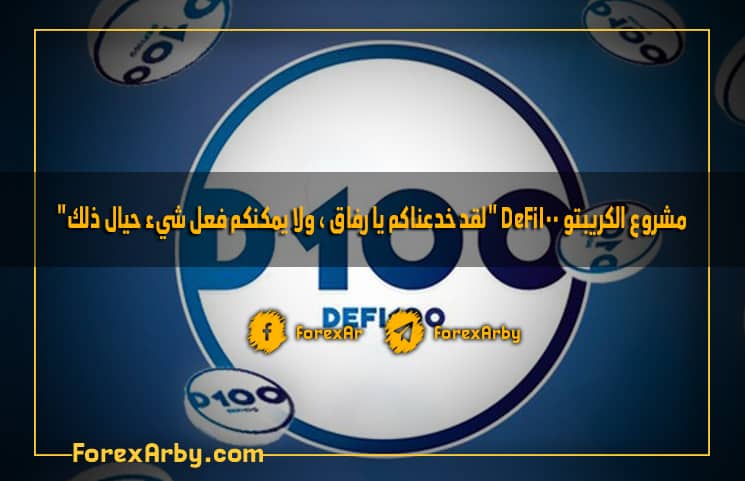 DeFi100, a decentralized (DeFi) project built on the Binance Smart Chain, sparked a lot of controversy with its website displaying the message: “We cheated you guys, and you can do nothing about it.”

At first, it was believed that the project had deceived its investors into the sum of 32 million dollars. Speculation worsened because the project did not say anything officially about the message on its website for hours. However, late on Sunday, the head of the controversial DeFi project officially admitted via Twitter that their website had been hacked. In addition, the message has been deleted, and the page now displays a 404 error.

The website was hacked yesterday and the message was shown by the hackers. It has been taken down.

DeFi100 is a relatively new cryptocurrency project that was created during the recent bull run. The project describes itself as an investment vehicle for everyone.

has The project defended itself against fraud allegations And theDeFi100 wrote on Twitter “DEFI100 has been said to have scammed investors into $32 million. We were the most market capitalized project ever and the project never held any investor fund(s!) "$32 million fraud rumors are false and baseless".

However, they acknowledged that Investors They faced huge losses as the project failed to live up to initial expectations. Furthermore, project token prices have fallen from an all-time high above $3.5 in late February to around $0.08.

Arabic Forex contacted the DEFI100 team asking for comment on the fraud allegations with a series of different questions and the response was clearly prepared in advance. “Yes, our investors faced huge losses and the project failed to achieve what we had hoped for. But, there is no fraudulent exit, we are still working on a way to get the project back on its feet, and we have no doubt that the future will be better.”


ForexArby.com has no relation whatsoever with Metaquote and we have no responsibility regarding their products offered by our Sponsors.