USD/CHF recovery may face obstacles above 0.9400

by ForexArby.com on the date Mar 12, 2020 6:25 am
0 288
Share
The most used trading application in the Arab world
Index hide
1) the main points
2) USD/CHF Technical Analysis
3) Upcoming economic releases

The US dollar started a strong decline from well above 0.9500 against the Swiss franc. USD/CHF fell below the 0.9320 support area and rose below 0.9200 before starting an upward correction. 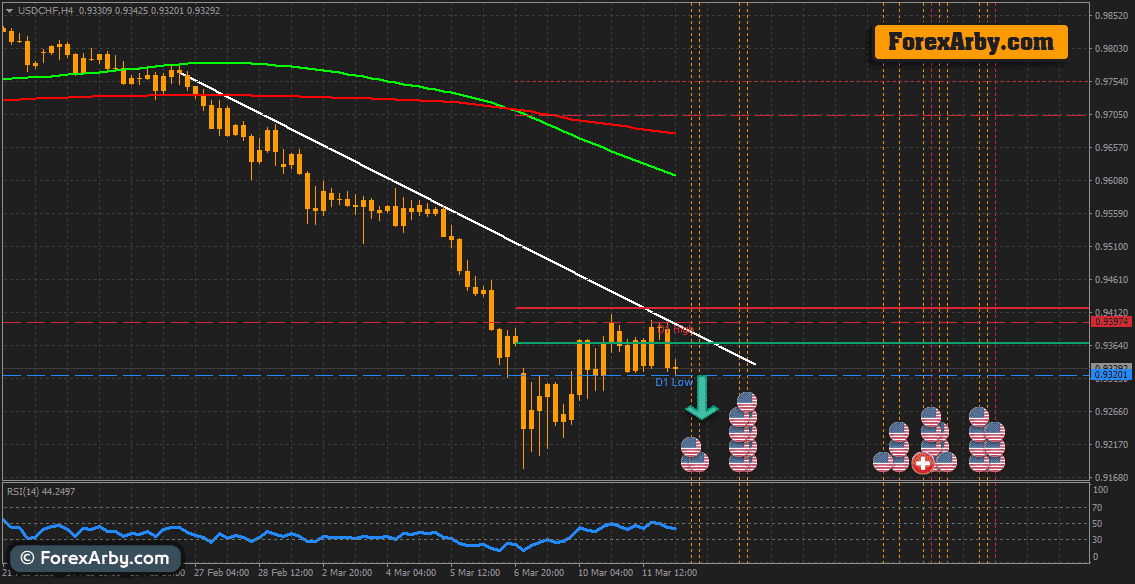 More importantly, there are two downtrend lines forming with resistance near 0.9430 and 0.9500. Therefore, the pair is likely to face a lot of hurdles above the 0.9400 level in the near term.

Basically, the US Consumer Price Index for February 2020 was released by the US Bureau of Labor Statistics. The market was eyeing a 2.2% rise in CPI compared to the same month last year.

The actual result was higher than the market expectations, as the US CPI rose by 2.3% in February 2020. Looking at the monthly change, there was a 0.1% increase in the CPI, while the market was not looking for any change.

Increases in the shelter and food indices were the main reasons for the increase in the all seasonally adjusted index, more than offsetting the decrease in the energy index. The food index rose 0.4 percent during the month, with the food at home index up 0.5 percent, the largest monthly increase since May 2014.

Overall, USD/CHF could correct further, but is likely to struggle above 0.9400. Looking at the EUR/USD, the pair is likely to resume its rise above 1.1380 while GBP/USD fell sharply below 1.2950.