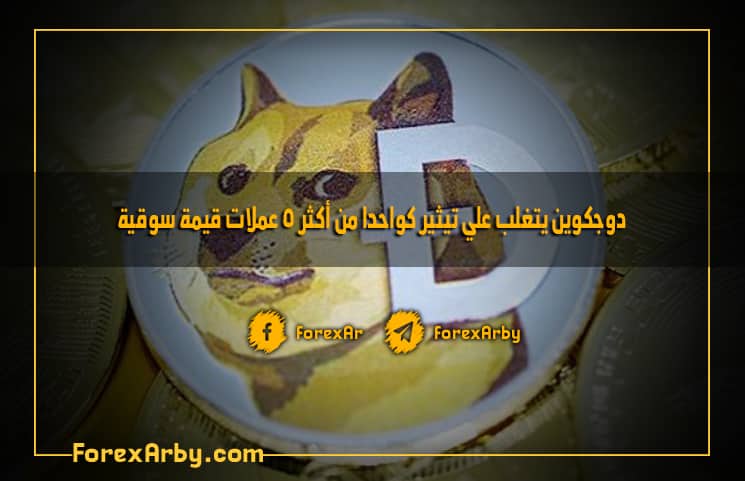 Tesla sends Bitcoin to an all-time high with an investment of 1.5 billion...

Adoption of the world's fifth most valuable digital asset took a big leap yesterday when Newegg, a leading online retailer, announced the acceptance of Dogecoin as a payment method. DOGE has now gained about 450% over the past 7 days.

“The excitement and momentum around the cryptocurrency is undeniable, and the recent increase in the value of Dogecoin underscores the need to make it easier for customers to make purchases with this popular cryptocurrency,” Newegg Brand Manager Andrew Choi stated in the official press release.

In addition, Dogecoin has seen a huge increase in demand. Robinhood, a leading trading platform, has highlighted the latest surge in demand for Dogecoin and other crypto assets. The company reported that over 9.5 million customers traded cryptocurrencies on the Robinhood platform during the first three months of 2021.

Dogecoin remains the top performing cryptocurrency among the top 10 with a massive increase of around 10,500% since the beginning of this year. DOGE is now more valuable than many digital assets including Cardano (ADA), Polkadot (DOT), Litecoin (LTC), and Bitcoin Cash (BCH). The top 5 digital currencies in the world include Bitcoin (BTC), Ethereum (ETH), Binance Coin (BNB), XRP and Dogecoin (DOGE).

Register an account with Binance and get a discount/cashback 10%