If former US President Donald Trump were in Joe Biden's shoes now, he would probably call Fed Chairman Jerome Powell a "traitor" because his speech on Thursday, February 4, actually sent US stock markets crashing. Powell remained indifferent to the rise in US Treasury yields, which closed at an annual high. At the same time, he hinted at the possibility of premature tightening of monetary policy.

Although the Federal Reserve Chairman stressed that the economy is far from overheating, and that he does not yet see the need for a rate hike, the market had a hint of a possible change in monetary policy. In response, 10-year Treasury yields rose with the dollar, and the stock market fell. The S&P500 lost more than 120 points and the Dow Jones Industrial Average lost more than 300 points.

Falling stock prices have forced investors to turn to the dollar. As a result, the DXY Dollar Index reached a three-month high of 91.83 on Thursday, and its growth continued on Friday, March 5th.

Data from the US labor market added optimism to investors. The number of new jobs outside the agricultural sector (NFP) increased from 166 thousand to 379 thousand. As a result, the EUR/USD pair continued its movement towards the south, reaching a local low of 1.1895 and closing out the week. Slightly higher at 1.1915

The graphical analysis on D1 last week suggested a sideways movement of the pair within 1.3860-1.4240. However, the channel turned out to be narrower: in the range of 1.3860-1.4000 until Thursday. And then, thanks to the statement of US Federal Reserve Chairman Jerome Powell, the dollar began to grow stronger, and the GBP / USD pair, having broken through the lower boundary of the channel, fell to the horizon of 1.3775. The last chord of the five-day period was set at the 1.3840 . level

The multi-month downtrend in this pair stalled on January 6, reversed and moved north for nearly all of 2021. Last week's high was recorded at 108.60, followed by a slight bounce lower and ending at 108.35.

The reason for the pair's rally remains the same: on the back of growth in the US bond yield, which is outpacing the Japanese bond yield, investors are dumping such a protective asset at a negative interest rate like the yen. Besides the Japanese currency, gold and the Swiss franc are also particularly affected. In addition, the mentioned statement by Jerome Powell added fuel to the fire, after which the USD/JPY pair reached an eight-month high.

There is good news for the bulls that Bitcoin hasn't fallen below $43,000. But there is good news for the bears as well, as Bitcoin never crossed $52,000. After charting a smooth volatility, BTC/USD is back to where it started seven days ago on Friday afternoon, March 5th. The question remains as to whether this is a correction or the start of the “cryptocurrency winter.”

The background of the news also looks controversial. Leading payment systems such as Mastercard, Visa and PayPal are playing the bullseye in an attempt to attract the “crypto generation.” Skrill and Neteller do the same thing. The Opera browser has been enriched with new algorithms that allow users to make transactions using many popular cryptocurrencies. Another advantage of Opera is to create a digital wallet without going to third-party sites. A giant like Google has also turned to cryptocurrency as the Google Finance platform has added a tab to monitor the prices of digital assets.

User activity has also increased and the trading volume on cryptocurrency exchanges in February exceeded $1 trillion. These numbers were achieved for the first time in history, according to experts. Even during the first bitcoin rally, the trading volume reached only $650 billion. According to experts of the analytical platform Block Research, large investors prefer to conduct transactions from one account to another through third-party services in order to maintain complete anonymity. Therefore, the real number of transactions can be twice the official amount.

However, not everything is as rosy as it seems at first glance. We have already written that regulators could (and likely become) the main problem for digital assets in 2021.

According to analyst Sven Henrich, US Treasury chief Janet Yellen has declared war on Bitcoin. Its announcement led to huge profits by whales on February 21-23, and a sharp 23% drop in bitcoin prices. Now, the North American Association of Securities Administrators has published an annual list of the most dangerous financial products, describing cryptocurrencies as the biggest investment risk of the year.

In the context of countries' struggle for control of financial flows, one should not forget the imminent emergence of the digital yuan, which could deal a serious blow to Bitcoin. The United States and a number of other countries are not ruling out the possibility of launching their own digital currencies either.

Meanwhile, as we wrote above, the market is at a crossroads. The total market capitalization for the week grew very slightly: from 1,410 billion dollars to 1,444 billion dollars. The Crypto Fear & Greed indicator left the neutral zone (55) again and headed towards the overbought zone, reaching 77 points out of 100.

Based on the latest indicators, the US economy is doing much better. Vaccinations are in full swing, the job market is recovering, and first-quarter GDP is ready to grow by about 10%. According to Jerome Powell, consumer prices may slightly exceed the 2% target level as early as this summer. However, there is still a long way to go to achieve a full recovery.

US citizens will get a new free aid of $1,400 per person, and the comprehensive stimulus package (QE) will reach $1.9 trillion. The injection of nearly 2 trillion new dollars into the market could lead to a serious weakening of the US currency and a return to risk appetite among investors. In this case, the sale of shares will stop and they will rise again.

Looking at the forecast for the coming days, most experts (60%) do not rule out the continuation of the downtrend and the fall of the EUR/USD pair to the 1.1800 area. 100% of trend indicators and 75% of oscillators on H4 and D1 are looking down. But the remaining 25% already indicates that the pair is oversold.

As for next week's events, Eurozone GDP data will be published on Tuesday 09 March, US consumer market statistics on Wednesday 10 March and Germany on Friday 12 March, as well as the European Central Decision. The bank's interest rate should be considered on Thursday, March 11th. According to the forecast, the price is likely to remain unchanged at the zero level. Therefore, the ECB leadership press conference, which will be held on the same day, will be of even greater importance.

Bank of England Governor Andrew Bailey is due to speak on Monday, March 8, as he intends to outline key milestones for the country's monetary policy as it tries to deal with the financial damage caused by the COVID-19 pandemic. According to ING analysts, “Overall, the financial support should highlight the constructive prospects for sterling in the second quarter of 2021. The additional financial assistance will contribute to the economic recovery and make sterling a leader in the currency market for the G10 countries. ” 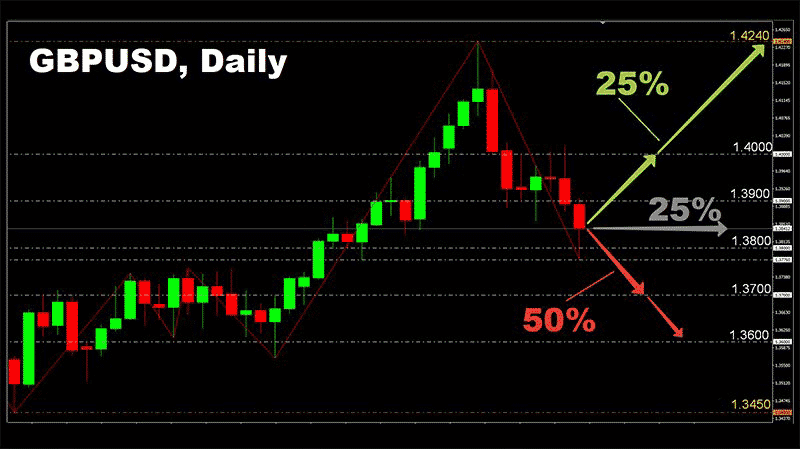 After the pair rose literally 215 points last week and reached an eight-month high, it is clear that 100% of the trend indicators are colored green. But for oscillators, 35% are already fully indicating that they are overbought. Graphical analysis also points to the south. Many traders are afraid to open long and short positions in such a situation.

A study by Glassnode found that only 4 million bitcoins are free-floating in the market. The third halving in May 2020 reduced the reward for miners from 12.5 BTC to 6.25 BTC. It also increases the shortage of coins in the market. As you know, the limited edition of Bitcoin is one of its main advantages over fiat currencies.

“Suddenly, buying bitcoin is no longer a trivial or risky thing,” wrote Mike Novogratz, head of Galaxy Digital crypto bank. On the contrary, it has become dangerous to not have BTC in the wallet when central banks continue to print money. We do not have enough time to hire sales managers to reach all institutional customers who want to understand and participate in the market.”

Even a gold supporter like Euro Pacific Capital Chairman Peter Schiff has backed Novogratz. Recently, this bitcoin skeptic described bitcoin as the biggest bubble in history and spoke unflatteringly about the brainpower of cryptocurrency investors. Now he admitted his mistake. “When I first heard about bitcoin, I didn't think smart investors would be stupid enough to buy bitcoin. "I was wrong," Schiff wrote.

Going back to the head of Galaxy Digital, Mike Novogratz, we should note that he has dramatically shifted his BTC rate forecast for the end of 2021 upwards. “It's like we're going to stay between $42,000 and $60,000 and then see the next big jump to $100,000," the banker says. I wouldn't be surprised if we got this far by the end of this year.”

An unexpected conspiracy theory was introduced by an expert in the field of competitive intelligence. And who believes that creating and sustaining the hype on Bitcoin for years is no accident. If the US financial elite can convince their creditors that owning bitcoins is better than the dollar, they can convert all the foreign debts of the United States into this cryptocurrency over time. “Once that happens, the cryptocurrency will just have to crash, and America’s massive debt will already be cancelled,” the expert says.

Time will tell if this is true or not. Meanwhile, events in the US stock market play one of the main roles in influencing Bitcoin. Remember that about a year ago, the drop in the stock market due to the panic around the COVID-19 pandemic caused the cryptocurrency market to crash.

Finally, some cryptographic information is lightly shaded. We have already talked about an American fortune-teller who predicts bitcoin rates by observing the movement of the planets. There was also a story about another resident of the United States who put a mining farm in the trunk of his BMW. The farm receives power from the car's battery, which is connected to it using a DC adapter, which allows the owner to mine cryptocurrency while the car is in motion.

And now one of the cryptocurrency players and enthusiasts from China named Yifan Gu has become known. He managed to bypass the technical limitations of cryptocurrency mining, defined in the Sony PlayStation 5, and adapted this console to mining Ethereum, generating a profit of about $50 per week. Earlier, Yifan Gu adapted his MacBook Air with the Apple M1 chip to mine this leading digital currency. However, at the current ETH price, you can earn only $0.14 in a day on MacBook Air.