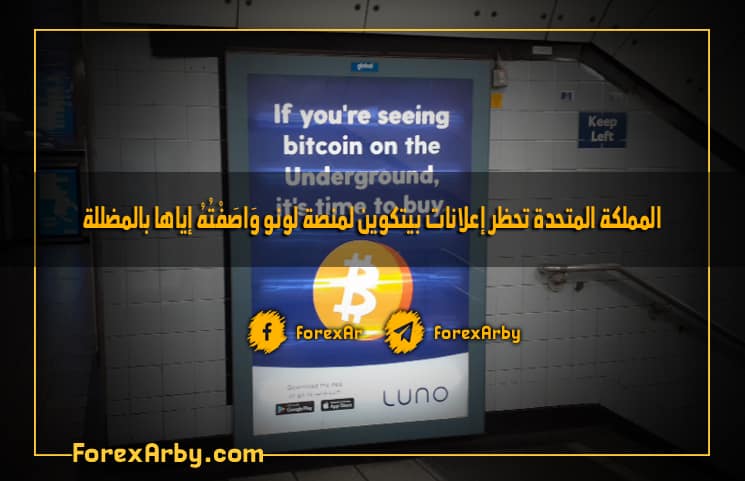 The UK’s advertising watchdog has cited the crypto exchange promotion of Luno, describing the message on the posters as “misleading.

Advertising posters displayed on London Underground stations and on buses read: "If you see bitcoin on the tube, it's time to buy." It was strategically placed in February with corrections in the cryptocurrency market.

However, the Advertising Standards Authority (ASA) believes that the ads did not display any warnings of the risks associated with investing in digital assets like Bitcoin. She said “We concluded that the announcement irresponsibly suggested that engaging in bitcoin investing through Luno is straightforward and easy, especially given that the audience it addressed, the general public, is likely to be inexperienced in their understanding of cryptocurrencies.”

The move was taken in response to three complaints the ad regulator received against promoting Luno. While all three complaints claimed that the ads were misleading and “failed to explain the risks of the investment,” one went so far as to ask “whether the ad exploited consumers’ inexperience or naivety”.

Although Luno is based in London, a large portion of its users are in overseas markets, especially in Africa. The company revealed in April that only about 200,000 of its 7 million users are from the United Kingdom.

While cryptocurrency investments are not illegal in Britain, the market is unregulated. The local Financial Markets Regulatory Authority has issued multiple warnings about “risky” crypto investments and also a ban on the retail sale of crypto derivatives.

The ASA asked Luno to “ensure that their future marketing materials adequately explain the risks of investing in cryptocurrencies.” The platform responded to the watchdog and said the ads would never appear the same again.