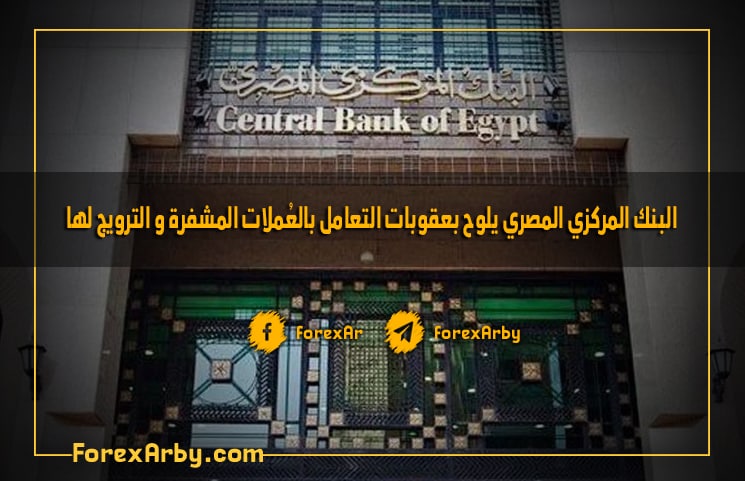 Today, Sunday, the Central Bank of Egypt warned against dealing in, trading in, promoting or carrying out activities related to cryptocurrencies within the Egyptian market.

Egypt: 3 years in prison for five defendants in the Bitcoin case

Al-Ahly Bank and Egypt offer certificates of deposit with interest 18%, as the exchange rate...

And he said in a statement, that in the context of following up the news circulating regarding encrypted virtual currencies such as “Bitcoin”, the Central Bank stresses the importance of adhering to the provisions of Article (206) of the Law of the Central Bank and the Banking System promulgated by Law No. 194 of 2020 prohibiting the issuance of currencies. or trade in, or promote, cryptocurrency, or create or operate platforms for its trading or carry out activities related to it.

And according to the Central Bank of Egypt Law No. 194 of 2020, a penalty of imprisonment or a fine of not less than one million pounds and not more than ten million pounds, or one of these two penalties, shall be imposed on anyone who violates any of the provisions of Article 206 of the Law of the Central Bank and the Banking System.

The law also stipulates that in the event of a violation of the provisions of Article 206 of the law, both imprisonment and a fine shall be imposed.

Article 206 of the law states: “It is prohibited to issue, trade, or promote cryptocurrencies or electronic money, or to create or operate platforms for their circulation or carry out activities related to them, without obtaining a license from the Board of Directors of the Central Bank in accordance with the rules and procedures it determines.” .

The Central Bank said that dealing in these currencies involves high risks and is dominated by instability and high volatility in the value of their prices as a result of the uncontrolled global speculation that takes place on them, which makes investing in them fraught with risks and warns of the possibility of a sudden loss of its value as a result of not issuing it from any central bank or Any official central issuing authority, as well as currencies that have no tangible physical assets, and are not subject to the supervision of any worldwide regulator; Thus, it lacks the guarantee and official government support that official currencies issued by central banks enjoy.

The Central Bank of Egypt called on dealers in the Egyptian market to be very careful and not to engage in dealing in high-risk unofficial currencies.