The recent rise in the price of Bitcoin made thousands of new millionaires! 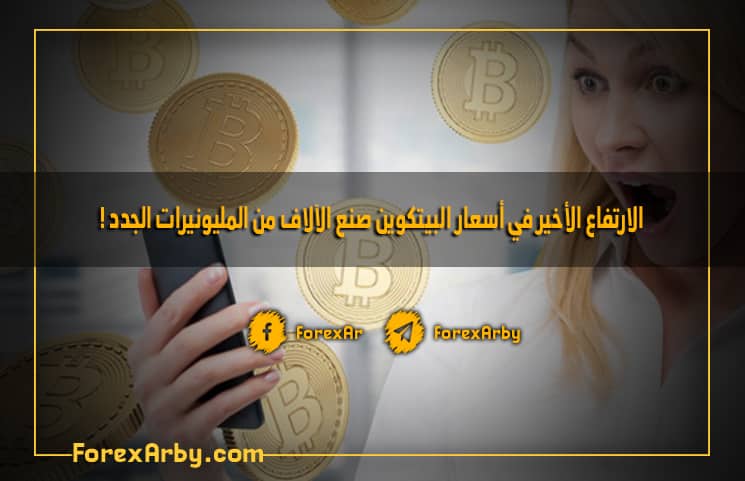 Bitcoin price reached a record high of $24,300, a record that sparked so-called miss-a-opportunity among investors everywhere. The record high price of bitcoin has increased the number of bitcoin millionaires to 66,540. With this new cost of digital assets, any wallet with more than 50 bitcoins is now owned by a new millionaire.

Data provided by Glassnode, a crypto and blockchain analytics company, revealed that bitcoin wallets of $1 million or more increased 150% to the aforementioned figure of 66,540.

Some Wall Street firms have been able to benefit from this increase as most of them have recently turned their attention to investing in Bitcoin. As previously reported, Guggenheim Partners has made a massive investment in the Grayscale Bitcoin Fund, amounting to $500 million, which marks the Wall Street giant's entry into the bitcoin investment world. Another example is the life insurance company MassMutual, which earlier this week announced the purchase of about 5,600 bitcoins and finally the giant American Express.

Institutional investors use digital assets as an inflationary hedge against separate financial instruments. Many experts believe that Bitcoin has the potential to replace the US dollar.