Cobinhood, a Taiwan-based cryptocurrency exchange, has suspended operations, it says, to review its clients' balances. However, contradictory information, with the alleged accounting business cited as the sole reason for its temporary disruption, the situation is fueling rumors of a carefully considered fraudulent exit scheme. The platform is trying to play down rumors of the alleged fraud, saying that it will allow users to recover their assets but only after the investigation is completed on February 10.

Although rumors abound and nothing is clear at this point, what we do know is that Cobinhood is warning customers of a “permanent loss” if they make any deposits today. 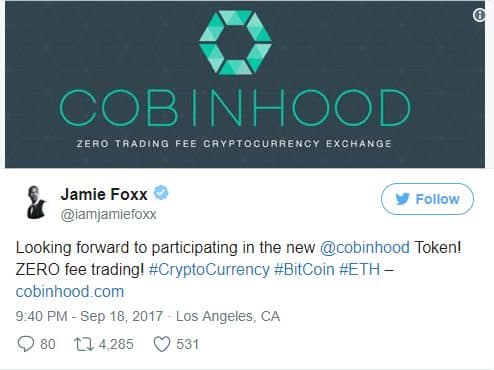 Cobinhood was one of many cryptocurrency platforms that fell into financial difficulty due to the bear market. Speculation that a fraudulent exit was planned has also been around for quite some time now. During the given time period, Cobinhood raised over 45,000 ETH (worth $13 million in 2017) from 17,000 contributors via its ICO, with promotions from Representative Jamie Foxx for the COB token. They promised token holders to receive dividends from the subscription service for companies participating in ICOs.